I struggled with this problem around 10 years ago. In fact I’m fairly sure that it affected both shoulders, it’s hard to remember. I know that I couldn’t lift my arm, do the back scratch movement, or even reach across to wash under the opposite armpit in the shower – yuk!! Luckily, my experience had taught me that acupuncture helps frozen shoulder, even if I had left it a long time before doing something about it!!

What Is A Frozen Shoulder?

In fact, frozen shoulder is one the best examples of how musculoskeletal medicine is surprisingly primitive still. The shoulder is the only joint that often “freezes” like this; it is a biological puzzle, and a common one. There is hope – it can “thaw” – but many people will be frozen to some degree for a long time, measured in years.

Adhesive capsulitis is the more formal term for frozen shoulder: it describes the characteristic stickiness that develops in the shoulder joint capsule. Sticky shoulder is probably a better name.

Range of motion fails, usually just on one side. Most people first notice that they are having trouble reaching bra clasps, hip pockets, and back itches. About two thirds of patients are women.

Frozen shoulder involves fibrosis and/or contracture of the tendons, joint capsule, and other soft tissues surrounding the glenohumeral joint — the main ball joint of the shoulder. 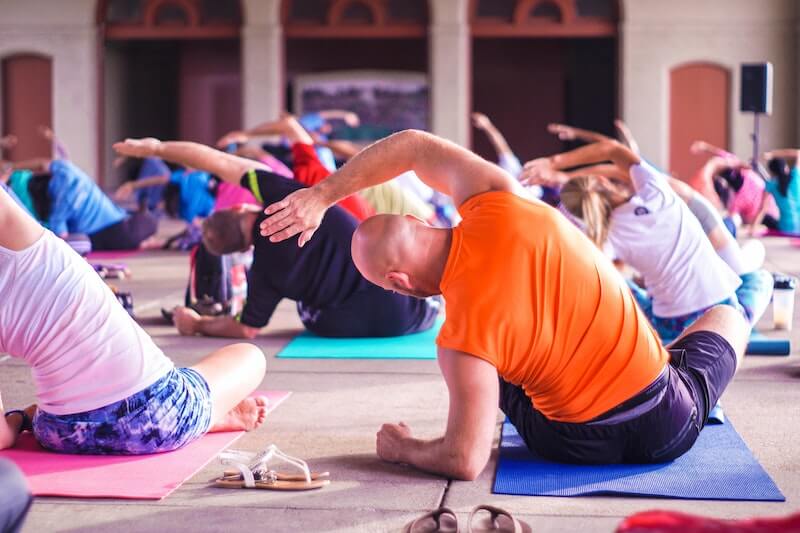 This is more disease-like than most common musculoskeletal problems: a biological glitch, not a mechanical breakdown. Notably,  if anything, it’s the opposite of an overuse injury: when it appears to have a “cause,” it’s more like an under-use injury, often triggered by a period of shoulder immobilization, like being stuck in a sling after a fracture or stroke.

It is often a case of “functional freezing.” There is nothing physiological to explain the freezing but the brain has set up a fearful avoidance of movement.

It may also occur after a trauma to the area, even when there is no pronounced immobilization.

It’s not known why the shoulder is prone to this type of problem. It has been linked to metabolic illness, diabetes, hypothyroidism, autoimmune diseases. Maybe some of us have a predisposition?

It is also linked to carpal tunnel syndrome and Dupuytrens contracture, two other “weird” diseases

Another theory is that there is an infection in the joint. Not as strange as it first sounds; it’s not that long since the role of H.Pylori in stomach ulcers was discovered.

In my experience, acupuncture helps frozen shoulder particularly functionally frozen ones. The research backs this up too.

Quite often a significant increase in range of motion is achieved after only 2-3 sessions. It may take more treatments to fully recover, usually 10-12 but sometimes more. Obviously the degree of freezing and length of time it has been a problem play a role here.

Quite often I incorporate moxa in the treatment. This is a warming herb that help relax the area. 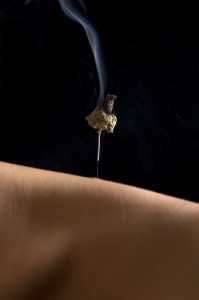 Research also backs up the use of electroacupuncture in treating frozen shoulders.

Are you thinking of  trying acupuncture for your frozen shoulder?

I recommend that you use an acupuncturist that is registered with The British Acupuncture Council (BAcC) because members of the BAcC are guaranteed to have completed full training to degree level and will be covered by most private health insurers.