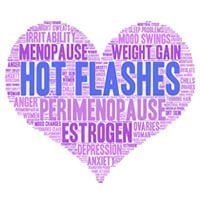 Acupuncture is a gentle, natural, non-invasive and effective way to deal with the symptoms of menopause and perimenopause. Acupuncture balances menopausal symptoms  by reducing hot flushes and night sweats which, in turn, result in abetter quality of sleep. Symptoms such as irritability, anxiety and mental fogginess can also be reduced with acupuncture.

Menopause marks the time in a woman’s life when periods stop and the ovaries lose their reproductive function. Usually this occurs between 45-55 years of age. It can be as early as 40 or as late as 60.

Menopause is usually considered complete when a woman has been without periods for a full year.

Traditional Chinese Medicine (TCM) views the menopause as a natural occurrence brought about by a deficiency of Yin. Throughout our life we expend Yin by work, stress, childbirth, grief, looking after others. Yin is cooling, calming and moistening so a deficiency of Yin can leave us with the symptoms we have described – hot flushes, night sweats (and day sweats,) poor sleep, anxiety, feeling out of balance.

The main principal of treatment is to “nourish Yin.” This can be achieved with acupuncture, dietary advice and/or nutritional supplements. There are some great Products in the Shop, see below for the links.

A recent study in Denmark concludes that “just a relatively short course of acupuncture treatment could significantly reduce some of the umpleasant symptoms of menopause.” Read more….